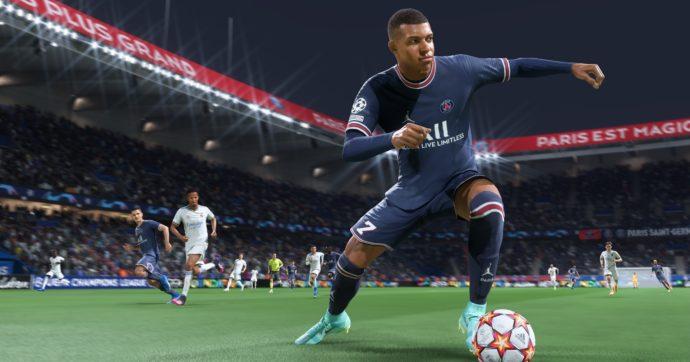 In order to have any sort of success in the extremely cutthroat online environment that each game of FIFA 23’s Ultimate Team provides, it is absolutely necessary to utilize a Meta formation.

In Ultimate Team for FIFA 23, players can choose from a large variety of different formations and squads to get more wins and main currency in FUT; however, a select few of these formations stand out as being superior and offer a better chance of victory. Formations are an extremely important factor in determining the results of football matches, and they play an equally important role in FIFA 23. It doesn’t matter if you have the best players in the world if you don’t play in a formation that makes the most of their abilities. There are many different formations, each with its own set of advantages and disadvantages, ranging from the standard 4-4-2 to all-out attacking formations like 4-2-4 and defensively minded setups like 5-3-2.

In Ultimate Team, the preferred formation shifts at the beginning of each new year, and it’s also possible for it to develop further over the course of the year. The utilization of a Meta formation is absolutely necessary in order to have any sort of success in the extremely cutthroat online environment that Ultimate Team has evolved into. Although each formation has its own distinct benefits, they can generally be grouped into one of three categories: defensive, attacking, or all-round. Players who have the ability to switch between multiple formations are in a better position to capitalize on any opportunity that presents itself. Because of the changes made to Chemistry for FIFA 23, players are now able to sit in their natural positions within a formation, rather than being forced into an area of the pitch that is not natural to them.

In the early stages of FIFA 23, the Meta formations consist entirely of those that offer a great deal of support to the defensive unit. At this time, it is difficult to prevent giving up goals, but as the year progresses, players from all over the world will discover the most effective ways to defend themselves against opponents online. Because of this, there has been a significant shift in the way players organize their teams into formations. At this point in time, the defensive 5-3-2 is the most effective formation to use in FIFA 23. Although it is possible to view it in a negative light, the addition of another central defender and three central midfielders results in a significant increase in the amount of cover available in front of the defense. It is very difficult to break down, which frustrates the opponent and stops any potential counterattacks from happening. In Ultimate Team, one of the most important things you can do to improve your chances of winning is to combine custom tactics with good ball retention. Both of these things are essential to making this formation work so that players can create chances.

The classic 4-4-2 formation is another example of how solid setups are a consistent theme across the best formations to use in FIFA 23. Even though the majority of players, as soon as they load up Ultimate Team, immediately want to switch out of the game’s default offering, which is one of the best options for the first time in years, it is one of the best options. It is the most balanced formation in the game, offering more outlets than the 5-3-2 while still providing two centrally based midfielders who can cover in front of the defense. It is the most common formation in the game. If a team has two of the fastest wingers in FIFA 23, they will have more options when playing from the back and will be able to advance up the field more quickly. It is also possible to adjust it by switching the two central midfielders for defensive midfielders in order to provide that additional protection when trying to hold on to the victory and FIFA 23 Coins in the latter stages of the match.

Although it is not as common in FIFA 23, a lot of professional players are opting to line up with a 4-2-3-1 formation, which is the line-up that has been used the most in the previous few games in the series. It provides a great deal more expansion with three attacking options right behind the main striker and can be easily customized to get the best performance out of the forward players in an Ultimate Team. The absence of a second striker in the front line is likely to be the most challenging aspect of this formation for newer players; however, it is an alternative that can be tested out if your starting lineup is finding it difficult to break down the opposition.

The Ultimate Team mode of FIFA 23 features a variety of different formations, each of which can be advantageous under specific conditions. Because defending against online opponents in FIFA 23 is the most difficult aspect of the game, it is essential to have a formation that is focused on defense in order to compensate for this difficulty. When it comes to choosing how to line up in FIFA 23, personal preference plays a significant role; however, maintaining a solid form that provides defensive cover is almost always a good place to begin.

Moments is the newest mode to be added to Ultimate Team in FIFA 23, and it debuted this year. The most recent installment in EA Sport’s football series was made available for purchase at the end of September. Ultimate Team remained the primary focus for the vast majority of players in this year’s installment. Moments are bite-sized challenges that are very much like the skill games that have been a staple of the series for years, but they take place during actual matches involving players’ Ultimate Team squads.

5 Tips for a Great Nights Sleep

How to Raise the Level of Your Necromancer in Diablo 2

Author JasonPosted on October 25, 2022October 25, 2022
A Detailed Walkthrough on How to Raise the Level of Your Necromancer in Diablo 2: Resurrected If you put in the necessary amount of...
Read More

What Happened to Konami?

Author JasonPosted on June 1, 2021February 10, 2022
Manga comics have a separate fanbase. Many readers enjoy these complex comics that have different types of characters. Back in the day, whenever someone...
Read More

Author JasonPosted on February 8, 2021February 15, 2022
Manga comics have a separate fanbase. Many readers enjoy these complex comics that have different types of characters. Back in the day, whenever someone...
Read More

How to Win at JetX: Tips and Strategies

Author JasonPosted on March 22, 2022March 22, 2022
JetX is a simple arcade game, more or less like a computer video game. As the name suggests, the game plot revolves around a...
Read More