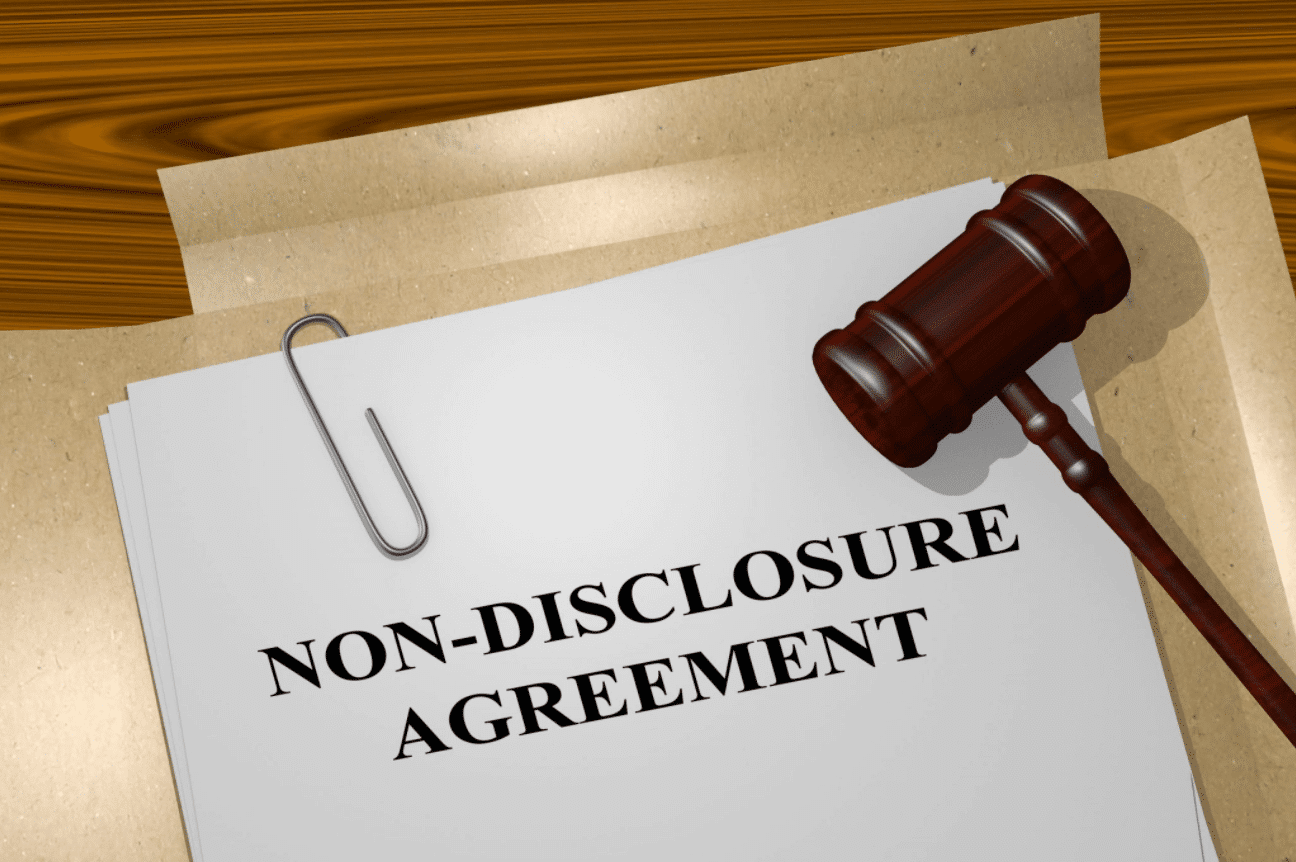 What is an NDA?

An NDA is a business contract that covers individuals’ or organizations’ information privacy, which differs from other service or sales contracts in that it focuses on the terms and conditions of service rather than transactions.

The purpose of a Non-Disclosure Agreement

An NDA is a legal contract that protects ideas and information from being stolen or shared with competitors or third parties. Breaking an NDA agreement has serious legal consequences, including fines, litigation, and even criminal penalties. NDAs offer your business a level of security that goes above and beyond what the law requires.

There are three key roles of an NDA:

When do I need an NDA?

Sensitive information must sometimes be given to strangers or third parties when trying to raise cash, hire new staff, seek new partners or collaborators, and so on. NDAs safeguard a firm against any potential hazards during these operations.

When do you need an NDA? The following are five situations that may necessitate the use of an NDA.

When it comes to enforcement and the consequences of a breach, these two sorts of confidentiality agreements are comparable in all other ways.

A unilateral NDA is a good example of an employment contract. When a person is hired, they sign a one-way NDA that states they will not share anything about their job with others. A mutual NDI, on the other hand, ensures that none of the parties participating in the transaction discloses sensitive information.

Here are some questions to consider while drafting your confidentiality agreement:

Parts of a Non-Disclosure Agreement

All NDAs should include these specific elements:

However, not all information is safeguarded by a non-disclosure agreement. Non-disclosure contracts do not apply to public records, such as SEC filings or company addresses.

The courts may broaden or narrow the meaning of an NDA in ways that participants might not have anticipated. If sensitive information covered by an NDA is disclosed in another manner, such as during a court session or subpoena, the agreement no longer applies.

Also, managing numerous NDAs as a company soon becomes unsustainable without standardized language. When the number of NDAs rises to hundreds, reviewing, bargaining, and concluding unique contracts manually becomes time-consuming and difficult. A standard confidentiality agreement may help mitigate this problem if the organization takes the time to draft a customized NDA that meets all of its requirements.

There are several circumstances in which you may be asked to sign an NDA, such as:

It’s common to be asked to sign a non-disclosure agreement when you’re given access to sensitive information, as well as any other time you’ll be given access to such data. It’s critical to understand what to search for in an NDA when that happens.

Expect to see clauses concerning mutual non-disclosure and non-solicitation, as well as provisions stating the jurisdiction where disputes will be handled.

Take time to read the NDA carefully and make sure you understand it before signing. If you encounter broad or ill-defined language that limits your rights, it may be worth refusing to sign until it is changed. Specific examples of this may include limitations on things such as public knowledge, the knowledge that you already have, and information received from a third party

A non-disclosure agreement (NDA) is an important legal document that you can use to protect sensitive information from being stolen or leaked. If you’re new to the recruiting business or are discussing sensitive issues with a possible investor, an NDA may be useful. NDAs are popular among big businesses like Mastercard to safeguard client confidentiality:

To create a legally-binding non-disclosure agreement, you must use precise wording when defining confidential information, parties, and scope.

The vague language that may apply to many situations might not survive a legal challenge. Also, NDA creators must be cautious about disclosing critical data before the agreement is signed in order for the contract to be effective.

There is currently no accepted method for NDAs, leaving businesses to create their own. This puts a significant strain on legal departments, who may be distracted by other matters. A standard NDA helps ease this burden; in an ideal world, the contract is automated, signed with the click of a button, and stored and updated electronically in case you need it.

A non-disclosure agreement does not need to be signed by a lawyer. If the information you wish to keep under wraps is critical enough to necessitate an NDA, you might want to seek legal counsel on it. This software also assists with tracking and managing NDAs on a corporate level, as well as providing a framework for doing so.

Consider using contract lifecycle management software backed by legal experts to help you write an NDA on your own. These programs include digital contract management systems that keep, track, arrange, and collect signatures on contracts. You’ll have everything you need with a workflow designer, data repository, and collaboration tools to automate contract operations like keeping track of expiration dates and

Are you ready to upgrade your contract management? FJ Solicitors can help you automate away your NDAs. To be one step closer to drafting your first non-disclosure agreement, fill out a consultation form here.

WHY YOU SHOULD RENT CAMERA GEAR FOR TRAVEL

How Law Firms Could Better Attract and Retain Top Talent

Author JasonPosted on July 22, 2022July 22, 2022
The past couple of years has shown dramatic shifts in hiring and retention trends, particularly in the legal field. Back in 2019, only 42...
Read More

Author JasonPosted on January 11, 2022February 15, 2022
A legal dispute is a disagreement between two or more parties that can be resolved through the civil courts. It’s a procedure in which...
Read More

5 Qualities to Look for in a Nursing Home Abuse Attorney

Author JasonPosted on January 22, 2022February 15, 2022
Think of a time when you or a loved one suffered abuse. How did you feel? Did it make you angry and upset? Did...
Read More

What are my rights when it comes to social services and the Law?

Author JasonPosted on January 11, 2022February 15, 2022
The mission of the Department of Social Services is to safeguard the well-being of youngsters and vulnerable people. Its goal is to assist children,...
Read More