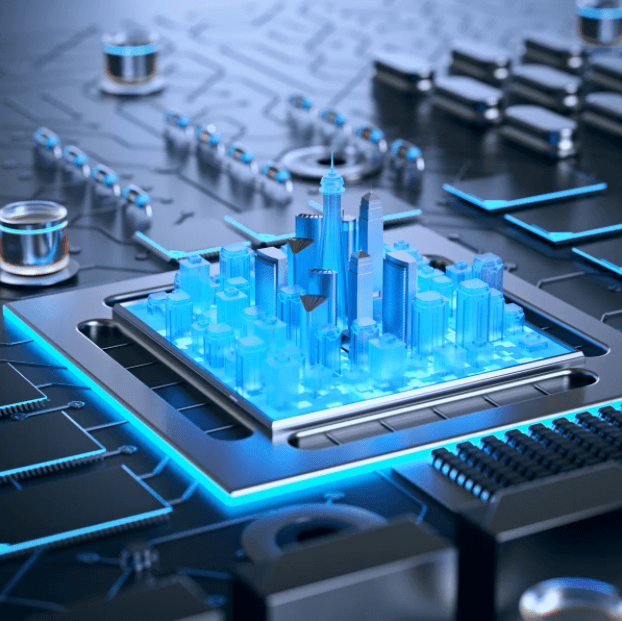 The use of automation in any industry you take today is on the uptick. There is a significant amount of interest in IoT devices. Large-scale deployment of IoT devices, along with the data streamed back from mobile devices, has resulted in humongous amounts of data that need to be processed and managed on a daily basis. This is what we shall focus on in this blog, especially the part that deals with IoT devices. But before that, a short primer on cloud computing and IoT itself.

As per Wikipedia, cloud computing is “the on-demand availability of computing resources like data storage, processing power and memory without any active management of these resources by the user.”

The term cloud computing is said to have been used for the first time in the year 2006 by Eric Schmidt. Cloud is, in fact, a loosely used term in networking, pointing to a bunch of interconnected computers.

In other words, cloud computing is a utility in some sense which is used to host services, sell products online, store data, compute resources, and much more.

In a more connected world, we will need all electronic devices to be aware of their surroundings and respond in an appropriate way. Not only that, we will need some form of control over these devices for executing actions in their immediate environment.  For this, it is necessary that all devices capture sensed and recorded data and send it to a central repository for control from anywhere. This is exactly what IoT devices address. Home automation is a simple and good example of IoT devices. If you can control your devices over the internet, your data is being fed to a cloud-based service. If you are able to control the system only when you are up and about your house, you have a local implementation of home automation.

Another example is that of wearables. When you buy a fitness tracker, you are essentially paying for a lifetime worth of data collected by those devices and the analysis that is done by the software in the background. These wearables are IoT devices that track and collect data from your daily activity and send it to their servers through the accompanying mobile app on your phone.

Now scale that situation to a factory, or multiple factories across the country or even globally. Why only factories? It can be any asset spread across the geography. Or, if you need an example of scale closer to home, think of the number of users of popular health tracker wearables. What do you get? A constant stream of data from all your IoT devices all coming in at the same time. It depends on the business need, on how much of this data you want to store or process on the fly. This becomes a challenge along with other challenges that such a kind of system poses.

As you might have guessed already, the volume of data is not the only challenge that such kind of setup needs to mitigate. Issues like the durability and accuracy of sensors, their energy efficiency, and the volume of data are some such challenges. The one that we shall focus on in this blog is volume and scalability.

You have two levels when it comes to scalability. The scaling up or down of IoT computing resources on the cloud is called vertical scaling. The scaling up or down of IoT devices on the field or on-site is called horizontal scaling. There is a limit to the number of IoT devices a given computing resource can process efficiently and effectively, beyond which vertical scaling has to be looked at. Scaling horizontally will mean the addition or removal of IoT devices on-site or in the field for added functionality or data capture. Failure to assess and mitigate the challenges posed by volume and scalability causes many IoT-based projects to fail in their early stages. As per a study done by Microsoft, nearly 1/3rd of projects in the IoT space fail in the PoC (Proof of Concept) stage.

According to the International Data Corporation (IDC), IoT devices worldwide will create nearly 40,000 exabytes of data by the end of 2021. With data preparation still consuming a good 80% of the time and resources in any analytical project, more data means more time needs to be invested in preparing the data for future analytical projects.

With volume also comes the problem of complexity. The data captured by IoT devices not only have to be geotagged along with timestamp but also have to pack in some input data, in the form of a simple text-based file, like a “.csv” file. With high volumes, this kind of requirement only multiplies the complexity.

You typically will need a Big Data solution to handle your IoT streams, if you have an enterprise-scale setup and the data being captured is valuable enough. Some businesses need near real-time responses to data captured by IoT devices. This also brings in the challenge of analyzing your IoT streams at the speeds at which it is entering the system. It all depends on whether you need a real-time solution or a hold and analyze solution. In the case of the latter, your storage requirements might multiply significantly, making data volume and scalability in IoT-based cloud computing setups a critical challenge to deal with.

The shift to IoT-based data capture and analysis will be swift. The complexity of volume in the IoT solution cannot be expected to be handled by traditional systems and skillsets. You need to have to up-skill with cloud computing training to remain relevant in the industry. For a comprehensive program on cloud computing, including IoT devices, you can look up computing training courses and programs being offered by Great Learning.

Scalability and volume challenges add significant overhead to your IoT solution. As more and more businesses see the bright side of using IoT devices and start investing in them, they should also consider the issue of scalability before deciding on the technology to be used. They should consider new technologies and more robust processes allowing them to leverage on-hand resources.

What Is The Best Platform For Creating Professional AI Voice Content

Author JasonPosted on May 31, 2022May 31, 2022
Voice cloning has gone through multiple changes since it was introduced. It was initially introduced for entertainment purposes, but it has evolved into a...
Read More

How to Edit Photos for Your eCommerce Site

Author JasonPosted on June 11, 2022June 11, 2022
According to one study, you only have 50 milliseconds to make a good impression on your customer. Because of that, you need to ensure...
Read More

What Professional .Net Developers Prefer Do for Your Business?

Author JasonPosted on March 12, 2022June 12, 2022
When making a business decision, choosing the right technology is a no-brainer. The success of many firms is at stake. Thus, they search for...
Read More