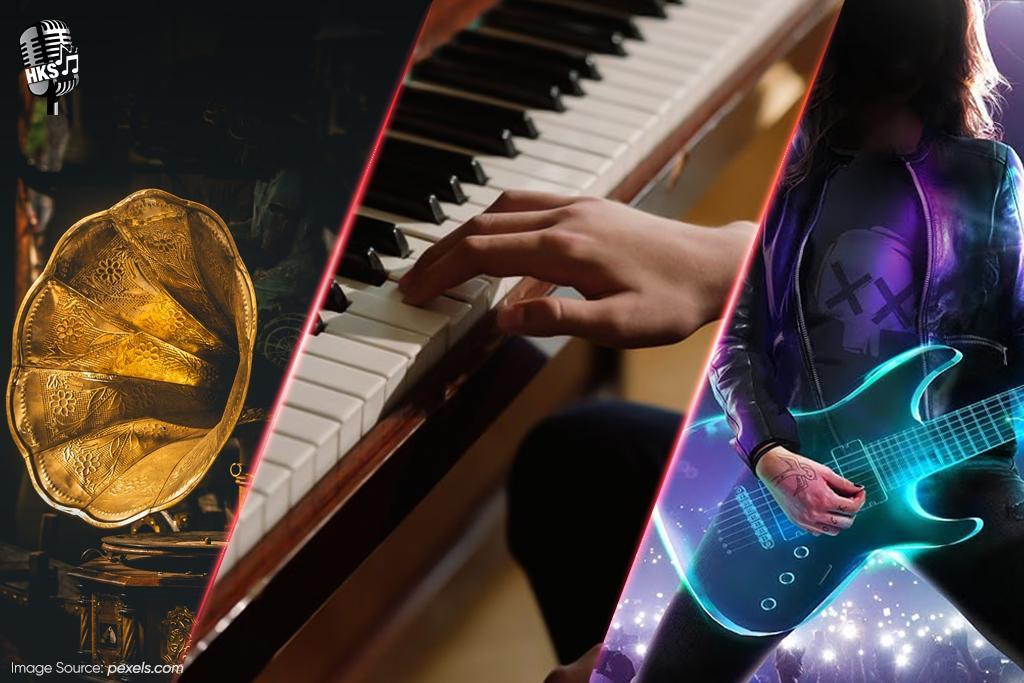 What is music to you? It is a melody; for some, a medicine; for many, an art; for a few, it is escapism. However, for everyone, music is a part of their everyday life. For ages, it has been an indescribable element of human emotions and a creative resultant of the human mind. From the time Constantine declared Christianity as the official religion of Rome, which brought European music under the microscope of the western world, to the Renaissance period when music was used as a symbol of secularism and freedom of ideas, to this day where music is a divested form of speech or expression and art. For music, the heart and mind are the muses, and therefore it has evolved continually. This article will trace the evolution of music in diverse aspects and watch where it is heading in the future.

Culturally music has changed rapidly with the preference of people. Pop culture, or any genre of music for that matter, started being the focal point of mass appeal after the late 19th century. Some credit this development to Thomas Edison and Emile Berliner. Back in 1877, when Edison discovered that sound could be reproduced with a strip of tinfoil when wrapped around a rotating metal cylinder. Later, he coined it a phonograph which inspired Berliner for the gramophone, using flat discs to record sound. The flat discs were comparatively cheaper and easier to produce than the cylinders. This introduced mass production of sound recordings, further making music more accessible to the general populace since even the middle class could afford a technology that was previously restricted to the elite only. Since Opera was the most popular form of music in the 19th century, famous operatic singers like Enrico Caruso and Dame Nellie Melba recorded their music on the Berliner gramophone. However, this technological development was endangered by other technological advancements, electrical recording and radio. In the 1920s, radio became the most affordable medium for listeners as it offered a vast range of free music without buying an expensive gramophone. However, artists, composers, and publishers incurred losses due to free broadcasting until they won the right to collect license fees from broadcasters under the Copyright laws. It was finally then that the recording industry began to profit from technological advancement.

As music perverted to all classes through radio, more people began to produce music and learn. Learning instruments like violin, piano, or the harp became a part of the co-scholastic education pedagogy and a statement for the elitist and nobility. Schools specifically for learning performing arts were established, where pupils would deeply delve into the history of musical instruments and also learn to sing or play an instrument depending on their proclivities. Since then, music has undergone several transitions with cultural refinement and diversification. In the 1930s, jazz and blues emerged as a significant cultural outlook in New Orleans. In the 1940s, with the perpetual progression of technology came the tape recorder. Though monophonic at the beginning (only one track could be recorded on the magnetic tape), by the end of the 1960s, musicians were no longer required to play instruments in the same room. They could be miles apart, record their parts and assemble them later into a finished recording. In the 1950s, a genre like rock and roll was invented coincidentally with the television, and now people could watch their artists perform without the need them going to a theater to buy an expensive ticket. Later Rock n Roll branched out to more genres like R&B (rhythm and blues), which was brought to the mainstream by artists like Elvis Presley, The Rolling Stones, and many others. It was then well understood that music was not only appealing but also had attentive value, for which by the late 1960s, civil rights movements, wars and protests brought folk music as the sound of social activism. As years progressed, more genres gained recognition, like glam rock, punk, disco, the revolutionary hip-hop hustle in the 1980s, and grunge music in the 1990s. One of the greatest bands to bring grunge under the limelight was Nirvana, helmed by the strong vocals of Kurt Cobain. By the end of the 1990s, the mainstream taste inclined towards pop music, paving the way for bands like Backstreet Boys, Spice Girls, ‘N Sync, and artists like Britney Spears and Christina Aguilera, Pink, Madonna, Michael Jackson, and many more. From 2000 onwards, pop stood firm as hip-hop overtook rock in popularity. To the present day, the pop lineup sees swarming preferences with artists like Gwen Stefani, Beyonce, Mariah Carey, Katy Perry, Lady Gaga, country artists like Taylor Swift, rock bands like Linkin Park, Guns and Roses, and pop bands like One Direction, Maroon 5, One Republic and several others. Interestingly, hip-hop maintains an enormous and distinctive fanbase with artists like Kanye West, Jay-Z, Dr.Dre, Snoop-Dogg, 50Cent, Eminem, Back-Eyed Peas, Will I Am, Kendrick Lamar, and ASAP Rocky, to name among a few who carried a stereotypical influence with their music.

However, the dynamics of music changed astoundingly with the invention of karaoke. It all happened in 1971, when a professional drummer from Japan, Daisuke Inoue, devised a way to instrumental tracks negating the vocals as per the request of his client who wanted to be able to sing his tracks along with his instruments themselves when he was not performing. Later, Roberto Del Rosario, a Filipino entrepreneur, created the first karaoke machine. Today this contemporary Japanese entertainment has become a global entertainment phenomenon. People enjoy singing karaoke songs with lyrics at bars, cafes, and at home. With Korea’s Noraebangs (karaoke bars) becoming a popular trend worldwide, people are seeking karaoke for recreation more than ever. From birthday parties to music festivals, karaoke is not only making heads turn but records, like the one when in 2003, singer Robie Williams assembled the biggest karaoke event in the world in Knebworth, Britain. As per the Guinness Book of World Records, it was the biggest karaoke event ever, featuring 120,000 singers taking the lead vocal.

Today, with the revival of more and more traditional musical instruments and the reckoning force of pop and EDM (Electronic Dance Music) with the advent of computers, sounds have become more sophisticated and complex simultaneously. As a result, the music carries past and present elements with a dynamic arrangement of rhythms, tempo, and beat.

When closely observed, it is apparent that technology and culture have been the driving force of music, and they will continue to be. With the onset of live music, the theatrical experience of listening to music will come back. Moreover, with technologies like VR (virtual reality), intelligent reality glasses, and mobile phones, technology will push music from the mere digital interface to the virtual one in the coming decade. The good part is that this is among those few technological advancements we can not foresee any adverse effect. Hence, we can peacefully continue listening to our favorite music, in whichever way we like, without being consciously aware that we are living that change each day.

If you are someone who has always been astounded with music and has been sheerly passionate about singing, you must have kept a close watch on the journey of music. You must have also been looking for a source for getting your favorite karaoke tracks easily and if curating the perfect playlist for your next karaoke jig has been worrying you then you need not worry anymore. We at Hindi Karaoke Shop are proud patrons of online karaoke and deliver you karaoke tracks in the highest audio quality at the most affordable prices. So what is stopping you from acing your next performance? Visit Hindi Karaoke Shop today!

5 Tips for Using Managed IT Services for Your Business

Mangastream is Gone! What Happened to the Most Popular Manga Scanlation

Author JasonPosted on January 11, 2021July 5, 2022
Manga comics have a separate fanbase. Many readers enjoy these complex comics that have different types of characters. Back in the day, whenever someone...
Read More

Author JasonPosted on March 29, 2022March 29, 2022
Intro: As a lover of books, we know you are always looking for new and exciting series to read. And while there are plenty...
Read More

The best online shooters to play in 2022

Author JasonPosted on September 23, 2022
The shooter genre is very popular all over the world and all thanks to the huge amount of action and game actions where success...
Read More