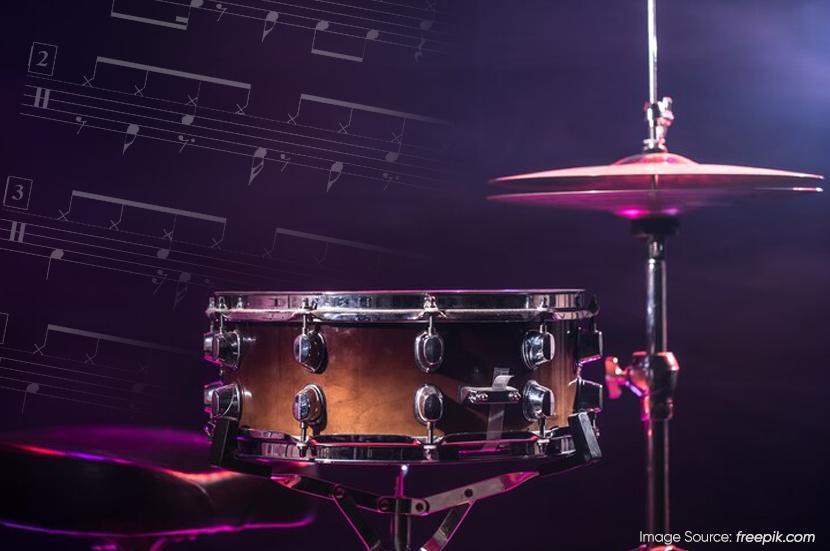 Drums are more than what we usually imagine them to be. Of course, they serve an essential function in producing rhythm for other instruments, but they also have a lot of worth on their own. Drums are important in a band because they provide the melody, dynamics, and rhythm. When properly addressed, these qualities will make the drummer indispensable to any band or artist with whom they want to cooperate. The significance of drums and various rhythms is unmatched in music, and it is because of many factors.

The current drummer’s function is more critical than ever.

When it comes to performing in any band, the modern drummer is more crucial than ever. Today, drummers must know considerably more than just how to keep time (though this is our primary job in some songs).

Drummers must be aware of all musical components contributing to the band’s dynamic and cohesive sound. To do this, drummers follow a lot of drum patterns.

A drum beat, which is also known as a drum pattern, is a rhythmic pattern, or repeating rhythm, that establishes the meter and groove through the pulse and subdivision and is performed on drum kits and other percussion instruments. Many drum beats define or are associated with various musical genres. For example, many genres of Western popular music employ an alternating of kick (that is, bass) & snare, along with the kick on beats 1 and 3 (in 4/4 time signature) and the snare on beats 2 & 4. (the backbeats). The texture is completed with a more consistent, faster-moving component on hi-hat or ride cymbals.

You probably might wonder what some of the drum beats are, well here you go.

When the Levee Breaks

Without John Bonham, indisputably one of the finest drummers of all time, rock drumming would be incomplete.

The pounding drums that set the tone for the epic lament “When The Levee Breaks” are possibly his most recognized drum beat.

The original recording was made in an English school hall’s stairwell, which explains the massive scale of the boomy drum tone.

The enormous sound compliments John Bonham’s overall severity, which is undoubtedly why the drum break has been imitated so many times, notably in The Beastie Boys’ chart-topping hit “Rhymin & Stealin.”

The Amen Break is primarily considered the most well-known drumbeat of all time.

It has been used in music multiple times, most notably in hip-hop, and it has produced a new type of electronic music composition known as drum and bass.

The original comes from the record “Amen Brother,” which is on a rare album by The Winstons, a 1960s soul group.

This rhythm is well-known for its groovy swing, heavy production sound, and long history.

This offbeat rhythm comes from Shabba Ranks’ song Dem Bow, which was one of the first notable songs to use the beat.

Surprisingly, the Dem Bow beat was the first to employ the clave rhythm, essential in Latin music.

As a result, the Dem Bow beat has an incomplete rhythm with no rhythmic cadence, which gives it its driving aspect.

If you’ve ever listened to Brazilian bossa nova music, you’ll notice that the drumming method used for the majority of it is rather distinctive.

It’s not totally swung, but it’s also not relatively straight—and the bossa nova clave pattern is played on the cross stick the entire time.

Jazz music is another genre entirely reliant on a specific style of drum rhythm.

Because most of the genre is swung—specifically, be-bop, swing, and other conventional jazz genres—drummers performed drum patterns that adapted themselves to swung music.

The most common jazz drumming pattern is known colloquially as spang-a-lang, an onomatopoeia for the sound created by the ride cymbal when playing this beat style.

Afrobeats music originated in Nigeria and is distinguished by various percussion rhythms.

Before his death in 2020, Tony Allen was recognized as the genre’s godfather and was ranked as one of the Rolling Stones’ best drummers alive.

Afrobeat drum rhythms are influenced by jazz, although they feature some fairly intricate syncopation and are not necessarily wholly swinging or straight.

This characteristic of neither being swung nor straight is referred to as “playing in the cracks” because it happens between straight-eight notes and swung eight notes.

Afrobeats is fantastic, and the entire genre is worth exploring—especially because many of the rhythms from this genre are making their way into current pop music.

If you haven’t already guessed, practically all modern American music can be traced back to the ports and thrift stores of New Orleans, where jazz and blues music first took shape.

Drummers in the early 1900s would travel to auctions and thrift stores to collect abandoned Navy snare drums, bass drums, and cymbals to play behind New Orleans’ brass bands.

These drum lines and brass groups influenced big band producers like Duke Ellington and Count Basie in the 1930s.

Because these drummers would construct the snare drum, bass drum, and cymbals created for military marching, it is also the source of the modern trap set.

Bernard Purdy’s shuffle pattern is possibly one of the most crucial drum rhythms to master when it comes to true legends.

The deceptively complex beat can be heard in songs ranging from Toto’s “Roseanna” to Death Cab for Cutie’s “Grapevine Fires,” Learning it will help you understand a lot about swinging funk drumming and 12/8 time.

This groove lends itself well to soft, ballad-like music while being quite rhythmically syncopated.

If you’re a drummer, you must master this one!

Okay, let’s get back to basics with one of the most renowned drum beats of all time: four-on-the-floor disco.

The kick drum, which is played on every quarter note in almost all disco, funk, and electronic music, is what gives four-on-the-floor its name. Four notes are blasted on the floor for each measure, generating a thunderous pulse that basically instructs the dancers on the dance floor how swiftly to move.

A four-on-the-floor drum beat is vital for attracting people to dance.

These are some of the most incredible drumming patterns employed by many notable drummers over the years. All of these have a part to play in music and various genres.

If you’re a drummer and want to hear the drums in a song accurately, you’ve encountered the problem of the vocals overpowering the instruments. Fortunately for you, Karaoke music can rapidly resolve this problem.

Drums have had a purpose since their creation. Drums were used in African musical traditions for everything from weddings to hunting. Of course, they were accompanied by a dance that was influenced by a melodic and polyrhythmic percussion style unique to the region.

Much music from the twentieth and twenty-first centuries (swing, rock, and roll, R&B, gospel) is rhythmic and drum-centric.

So, if you are looking forward to playing drums and searching for Online karaoke, do check out Hindi Karaoke Shop because we have the best collection of high-quality karaoke tracks!

Master Data Management: What, Why, How, & Who

Author JasonPosted on November 19, 2021February 10, 2022
The knock of a raging batsman ravishing the tricks of the bowlers on the field is something fascinating to watch. There are instances that...
Read More

Author JasonPosted on April 5, 2022April 5, 2022
Choosing the finest Star Wars movies may appear to be a daunting task, but we’ve done our best to compile a detailed list of...
Read More

The Best Platforms for Watching Live Football in 2021

Author JasonPosted on April 19, 2021February 10, 2022
Manga comics have a separate fanbase. Many readers enjoy these complex comics that have different types of characters. Back in the day, whenever someone...
Read More

Author JasonPosted on January 12, 2021February 10, 2022
Manga comics have a separate fanbase. Many readers enjoy these complex comics that have different types of characters. Back in the day, whenever someone...
Read More