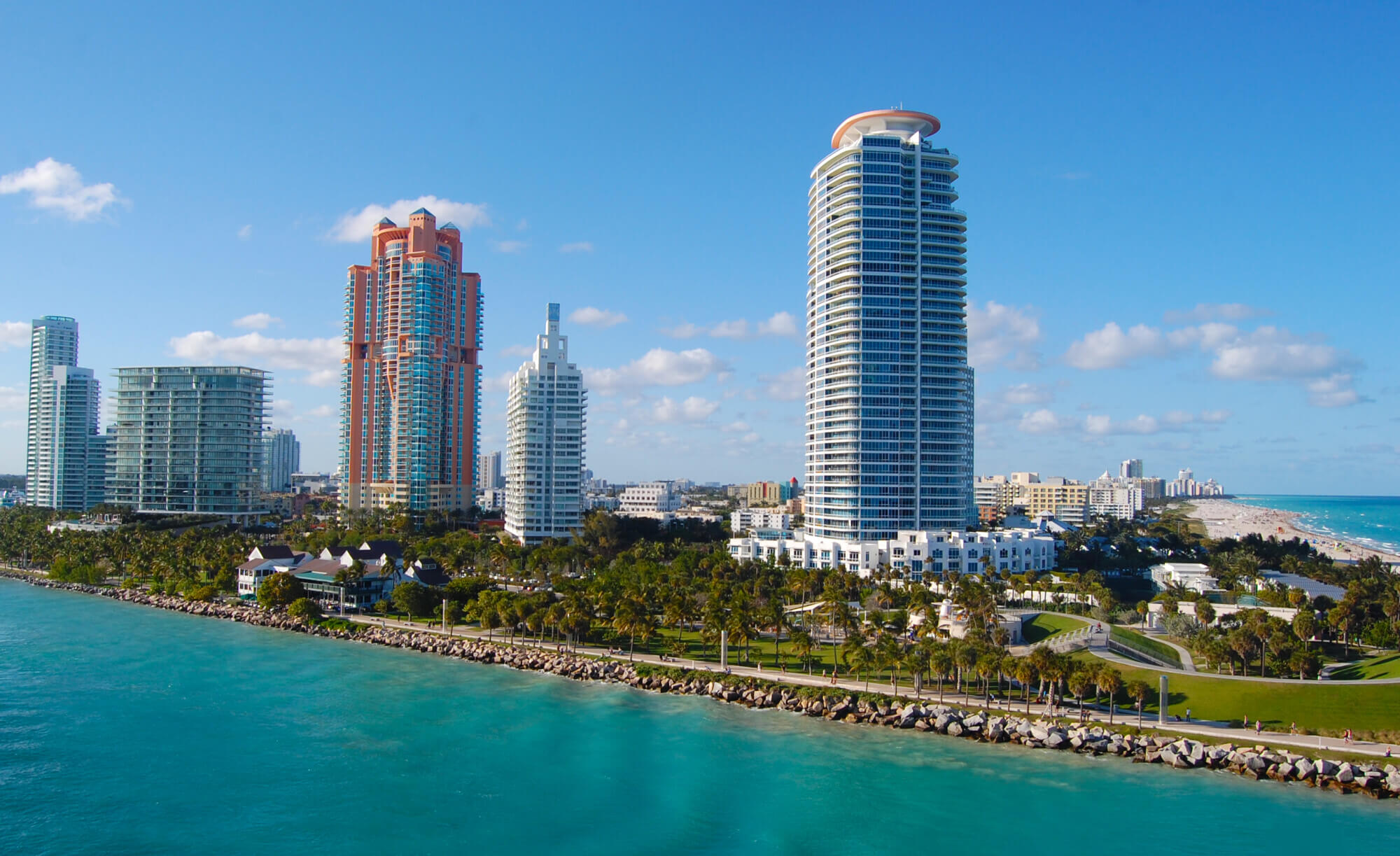 CSI: Crime Scene Investigation has been the most-watched show in the world for several years running, with its only competition being its spinoff CSI: Miami. Almost 60 million viewers watch violent and dramatic crimes play out all over Miami and this can give the impression that Miami itself is a dangerous and crime-ridden city.

While it’s certainly true that larger cities experience more crimes than small cities, is Miami safe or is it really as dangerous as TV would have you believe? If you’re planning on visiting or living in Miami, you’ve probably wondered this question yourself!

To give you a full picture of the situation in Miami, we put together this article, so read on to learn more!

The crime rate in Miami is not much higher than anywhere else in the world. Although the crime rate is higher than in other cities, this is more indicative of the size of the city than it is of the actual incidence of crime. Miami is the 7th biggest city in the US, and with more people comes more crime.

Anywhere with a lot of tourists is likely to have a high level of pickpocketing, so it’s worth keeping an eye out for this. However, basic travel precautions should you keep your possessions secure.

Violent crime and muggings are at undeniably high levels in Miami, but they tend to be localized to certain neighborhoods. In other words, if you’re traveling to Miami you’re probably not going to be seeking out shady neighborhoods and so won’t be at a high risk of violent crime.

Miami is overall pretty safe, but there are a few areas that should be avoided. Both Overtown and Liberty City have the highest crime rates in Miami, particularly violent crime. The statistics of these two neighborhoods are part of what skew the crime rate statistics of Miami and give it the impression of being unsafe.

It’s best to avoid these areas entirely. Instead, stick to well-trafficked and popular tourist spots. If you happen to end up in one of these areas, act inconspicuously and pass through as quickly as possible.

Likewise, there tend to be shanty towns of homeless people set up around overhead passes so try to avoid these areas and don’t walk around overpasses.

While many people flock to Miami to experience the beaches and the city life, many people also go for medical tourism. The greater Miami area offers top-rated medical institutions, recovery facilities, and a great climate for recuperation.

Florida, and specifically the Miami area, have a significant amount of medical malpractice suits. It’s ranked 8th in the nation! This is partially due to the fact that there is so much medical tourism which can skew this statistic, but it does mean that the risk is non-negligible.

If you’re considering going to the city for medical tourism, it’s worth checking in with Miami lawyers to learn more about the risks and how to handle any malpractice claims.

Is Miami Safe? Asked and Answered

If you’ve been considering visiting the Miami area and have been wondering, “Is Miami safe?” Now you know! TV portrays Miami as dangerous, but this does a disservice to this vibrant, beautiful city.

Miami has no higher risk of crime than anywhere else as long as you travel smart and follow the rules of common sense. So why not start planning your next trip today?

If you enjoyed learning about Miami, we have lots of similar travel advice on our blog. Check it out for more!

The Incredible Benefits of a Vehicle GPS Tracking System

Azure vs AWS: What's the Difference?

Things to Consider When Booking a Jetski

Author JasonPosted on March 7, 2022March 7, 2022
Summers are definitely made for water adventures, experiencing the boat culture, and picnics at the beaches. Many travel enthusiasts desire to feel the rush...
Read More

Benefits of studying MBBS in Russia

Author JasonPosted on June 12, 2021February 15, 2022
Manga comics have a separate fanbase. Many readers enjoy these complex comics that have different types of characters. Back in the day, whenever someone...
Read More

Author JasonPosted on May 5, 2021February 10, 2022
Manga comics have a separate fanbase. Many readers enjoy these complex comics that have different types of characters. Back in the day, whenever someone...
Read More