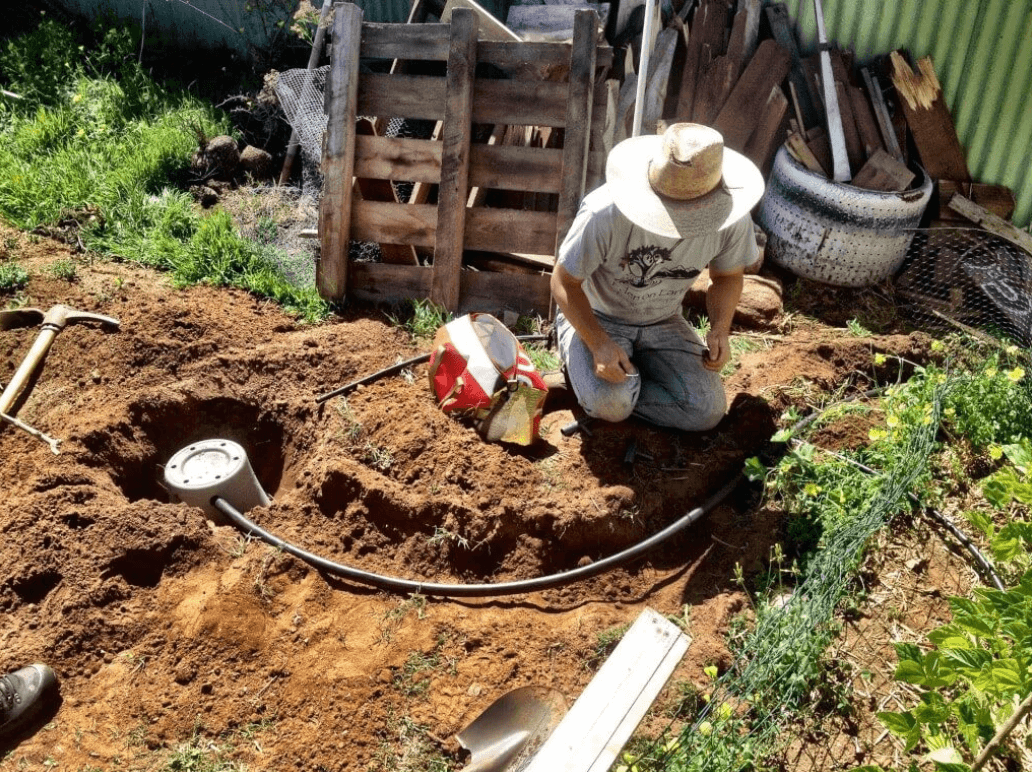 What are greywater systems, and how can you set one up in your house? Most people living in an average American household have little or no need to worry about disposing of the water that enters and exits their houses, but more individuals are seeking a simple approach to create a greywater system for their homes.

What Is a Greywater System Used For?

A greywater system, as the name implies, diverts wastewater that has been used in places like your laundry or shower to be utilized for many purposes, such as irrigation or landscaping rather than being discharged into the sewage system. Because it may include residues like dirt, hair, and other waste, greywater is not the same as blackwater.

When you divert greywater to your garden or flower beds, you are meticulous about what you put down the drain, but I’ve learned that once you figure out some cleaning techniques that work for you, it’s simple.

How Do Grey Water Systems Work?

The goal is simple in theory: you want to gather all of the water from your sinks, showers, and other drains into a single container called a “surge tank,” which is essentially a tank that can store a large amount of water before slowing down the flow. After that, you should let the water settle sufficiently so the particles may settle out.

The diagram below demonstrates the basic elements of a system. You’ll notice how the washer can be switched with a branching valve to send water to the sewer or outside irrigation. The water then goes outside and down into mulch beds via drip points above them.

Our Simple Greywater Setup for Our Tiny House

I’d never given it a thought before but participating in Cedric’s organic farm volunteer program opened my eyes to the possibility. In the south of Spain, there was a tiny olive farm where water was limited, and they were irrigating their flower garden with wastewater from their sinks and showers. It was the first time I’d witnessed a greywater system.

We relocated to a little home without city water, and we’ve had to deal with the problem of safely eliminating our water because we were not connected to the city’s system. Our first visit to that farm-inspired us to attempt a basic DIY method for watering a tiny garden using greywater.

We used 1 1/2′′ PVC pipe to run from the house to the garden, connecting it to the plumbing. Since we didn’t install a filter, there were no solids put down the drain. We also selected our bath soaps carefully and avoided applying chemicals that would harm soil, plants, or watershed by using homemade shampoo.

Depending on your location, greywater systems may be subject to varying legislation and rules. Building codes, zoning restrictions, and public health authorities all have a say in this question, so get familiar with the type of greywater system you want before consulting with your local city hall.

In certain cases, you’ll need to install a branched drain system so that you can regulate the flow of greywater to your preferences.

Author JasonPosted on June 6, 2022June 7, 2022
A home’s value can be increased by up to 20% by having a healthy lawn.  Although many people end up doing nothing with the...
Read More

BENEFITS OF DECORATING WITH MOSAIC TILES

Author JasonPosted on January 11, 2022February 15, 2022
Mosaic tiles are small tiles or fragments of tiles that are used to create a design. Each piece is generally two-by-two inches or smaller...
Read More

The perfect cheap nightstands for the shabby chic bedroom

Author JasonPosted on June 3, 2022June 3, 2022
An outdoor kitchen is a great way to create a relaxing space for your family to enjoy while also increasing your home value. Homes...
Read More