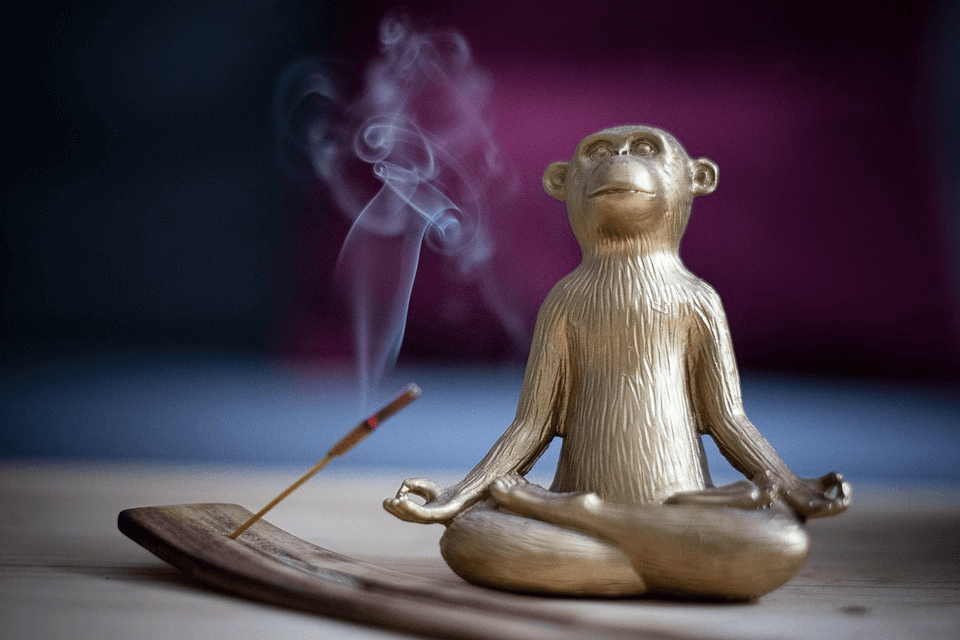 A theory on humanity as a whole might change the way you look at psychedelics. Did getting high on magic mushrooms help speed up humanity’s evolution? One psychonaut ethnobiologist, Terence McKenna, has some interesting thoughts on this subject.

Imagine a hundred thousand years ago in a time before recorded history. The early hominids left the forests and caves to travel across the savannahs. After foraging in new lands, their evolution accelerated, and their brains tripled in size. How was this possible?

The Stoned Ape Theory suggests they included psilocybin mushrooms in their diet. The psychoactive properties gave them high-level consciousness. While this may sound like a work of science fiction, there appears to be some merit to the theory.

McKenna hypothesized the Stone Ape Theory. His knowledge of conservation, ecology, shamanism, and psychedelics led to his theory of how early humans evolved with psilocybin.

Unfortunately, McKenna passed away in 2000. His most prominent contribution to changing the worldview of psychedelics was the Stone Ape Theory. This article aims to explain this theory and give a new perspective on psychedelics.

What We Know So Far

Before we delve deeper into the Stoned Ape Theory, it is good to review what current literature says about psychedelics.

According to history, psilocybin was an iconic drug during the 1960s and 1970s. The only other substance that could be more iconic was cannabis. Regardless, psychedelics played a large part in the culture, from the music and arts to movies.

It is only in recent years that people are slowly accepting and legalizing psychedelics. Granted, it is still only limited to medical use for their health benefits, but it is a start.

In Canada, the law prohibits psilocybin. Although, they are still open in online markets and Canadian storefronts. You can even buy and take psilocybin capsules now.

Psychedelics also have practical applications that still go through testing. The latest evidence suggests that psilocybin can help with mental disorders. Doctors study its effects on people suffering from depression, anxiety, PTSD, and OCD.

Regular users of psilocybin claim it yields hallucinations and an intense spiritual experience.

The first mention of the Stone Ape Theory came from McKenna’s book in 1992 entitled Food of the Gods. McKenna posits that Homo erectus consumed Psilocybe cubensis as part of their diet. It often grows under cow dung,

The theory postulates that our ancient ancestors followed the herds, stumble on dung-covered magic mushrooms, and then ate them.

That dung-covered snack may have accelerated their development. Consuming a plant with psychoactive properties may have altered their brains.

McKenna states that micro-dosing on psilocybin boosts visual acuity and edge detection. He further asserts that the substance enhanced their hunting skills and sex drive. As a result, they were better hunters who often engaged in sexual activities.

Since magic mushrooms opened them to new experiences, they enhanced community bonding. McKenna asserts that it encouraged teamwork, innovations, and group sexual activities.

While the theory has no proof yet, the fact remains that humanity’s relationship with psychedelics began thousands of years ago. Even if McKenna’s theory is only plausible at best, he anticipated it would change people’s view of psychedelics. Slow decriminalization and legalization of psilocybin prove that his concept impacted how we view the substance.

<strong>6 Advantages of Electronic Signatures for Your Business</strong>

A Helpful Guide on Different Types of Eye Doctors and What They Treat.

Author JasonPosted on August 2, 2022August 2, 2022
You might have heard multiple words such as optician, optometrist, and ophthalmologist when you wished to get your eyes checked and treated well. Are...
Read More

Are There Toxins in Water?

Author JasonPosted on September 2, 2022November 7, 2022
Many people turn on the faucet and assume that the water that comes out is 100% safe to drink. What people don’t know is...
Read More

Author JasonPosted on March 1, 2022March 1, 2022
Do you wear anything to safeguard your eyes, similar to goggles or a nominal facial covering? You could figure you don’t require defensive sports...
Read More

How to Treat Severe Acne

Author JasonPosted on December 13, 2021February 15, 2022
Acne is a very common skin condition that affects an estimated 50 million people in the United States each year. It is most common...
Read More