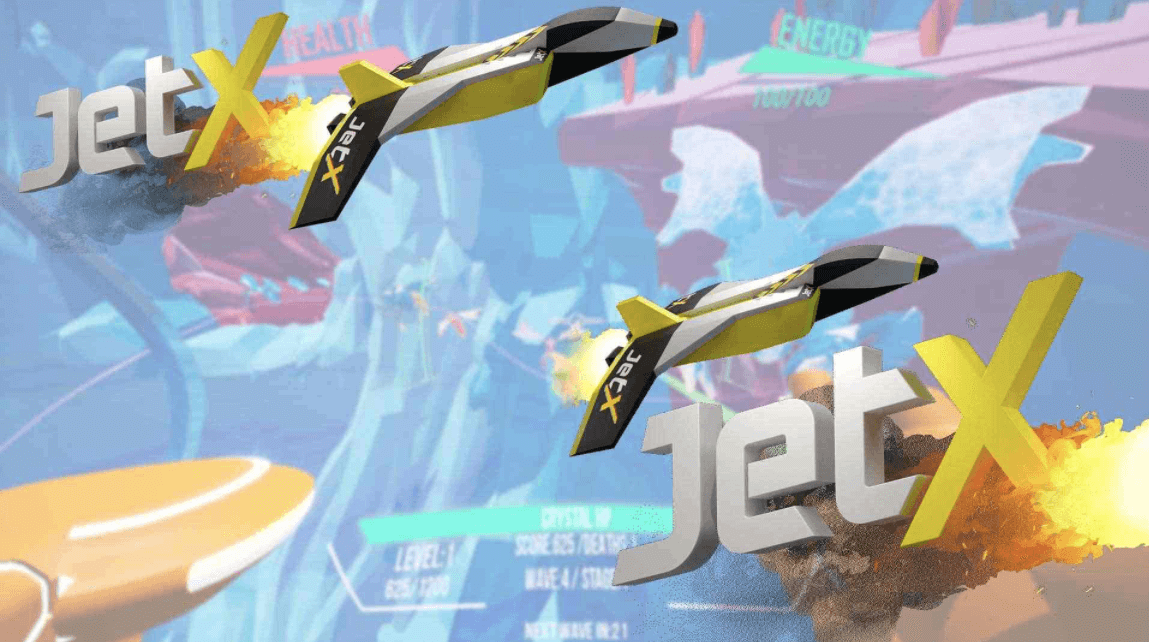 JetX is a simple arcade game, more or less like a computer video game. As the name suggests, the game plot revolves around a plane or a jet that takes off at the start of the game and progressively gains height until it explodes in mid-air. It is designed so that the explosion occurs randomly; it may be at a very low altitude or a very high altitude. Basically, the higher the jet goes, the more your winnings multiply. However, the aim of the game is to cash out in time before the plane explodes.

The game works in a way that a new jet takes off about every 15 seconds, so, to participate in the game, you have placed an initial bet of a desired amount on the jet before it takes off, and then cash out by clicking the collect button in time before the jet explodes. If the jet explodes before you collect your profits, you lose the money you’ve staked. It is a straightforward guessing game that you can try out on JetX Parimatch.

The most exciting thing about the game is that the time of the crash is entirely random. Therefore, if you cash out too early, you might miss out on a bigger payout, especially if the jet rises to a very high altitude before exploding, since there is no limit to how high it can go. However, you can also be in luck if you cash out early if the jet explodes early in the game. The same thing goes for cashing out late. The bottom line is that winning in JetX is almost entirely down to luck.

Another exciting feature of this game is that it can accommodate many players simultaneously. The implication is that you get to see other players’ positions in every jet flight, when they make a bet, and when they collect profits. This, however, may influence you as you may tend to follow the crowd or stick to your plan, strategy, and decision. Although the game is almost entirely down to chance, there are specific ways you can strategize and increase your winning chances instead of just playing randomly.

This article will discuss some of the most effective tips and strategies for winning at JetX.

Collecting profits in JetX can be done either automatically or manually. The option for automatic withdrawal enables you to set a target multiplier beforehand, and any time the jet gets to your targeted level, it collects the profits. Although you can still cash out manually, auto withdrawal helps to prevent a situation where a player forgets to cash out for any reason.

Moreover, it is essential to note that activating automatic withdrawal is not an automatic ticket to winning, as the jet can still explode before your targeted multiplier, making you lose your money. Instead, the advantage is that it helps you cash out when you are manually unavailable. However, it is advisable not to set your target multiplier too high or too low; a medium level is more logical and appropriate.

Play volatile and cash out as soon as possible

This is a way of playing conservatively; you quickly cash out early in the game before the jet gets to a higher altitude. However, collecting profits on low multipliers will not give you any substantial profit, so what you should do is to stake high on low multipliers. That way, you can make a maximum profit at the lowest risk. However, if the jet explodes at a very low altitude before you collect your profit, you may lose a significant sum of money if you are staking too high.

This particular technique is a little bit similar to playing volatile. The only difference is that in this case, you aim to make profits from both high and low multipliers by staking twice in the same round, the first being a small bet on the high multiplier and the second a high bet on the low. In this case, you can be lucky enough to win both wagers, and in the case where the jet explodes early, you end up losing only your bet on the high multiplier. However, it is essential to use an automatic withdrawal to automatically collect profits when the jet gets to your prediction point. This technique is prevalent among jetX players.

The martingale’s technique involves doubling your stakes every time you lose a bet. This technique is quite known among gamblers to increase their winnings after a loss substantially. However, we must inform you that it is a risky technique. The disadvantage is that you may need to lose quite a lot of money using this technique.

However, if you want to adopt this technique in jetX, you must start from very low stakes to avoid substantial and compound losses in case of a losing streak.

JetX is a simple arcade game that has expanded into several online casino systems – taking gambling to a whole new level for those looking for straightforward games. Although winning is almost entirely down to luck, you can apply the strategies above to increase your winning chances. Parimatch is a fantastic platform to bet on JetX.

Do I Have Anxiety? 5 Common Signs

What Are EOR Services?

Gaming
Author JasonPosted on July 20, 2021February 10, 2022
When people think of what online card games have to offer, they tend to think of the game’s unique experience, such as the thrill...
Read More

How Can I Play Casino Games Online?

Author JasonPosted on July 6, 2021February 10, 2022
Manga comics have a separate fanbase. Many readers enjoy these complex comics that have different types of characters. Back in the day, whenever someone...
Read More

Boost your survival chances in RUST with these killer hacks

Author JasonPosted on July 20, 2021February 10, 2022
Manga comics have a separate fanbase. Many readers enjoy these complex comics that have different types of characters. Back in the day, whenever someone...
Read More