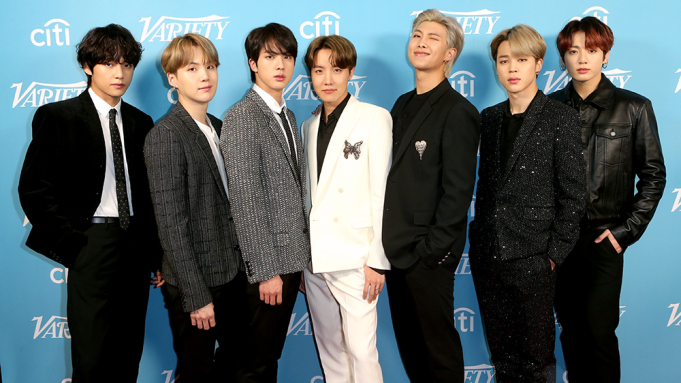 With the incredible success of the K-pop band – BTS, everyone’s wondering what’s their net worth. For people who don’t know, BTS is a South Korean boy band that has garnered massive popularity in the last few years. The 7-member band recently released their first English song – “Dynamite” – that stayed at the top 100 Billboard charts for more than three weeks.

With all this popularity, it’s no surprise that each member of the band is a millionaire. But, how much do they actually make? If you’ve been struggling to find BTS’s net worth, you’ve come to the right place. In this blog, we are going to share the individual net worth of each BTS member and their different sources of income.

So, without any further ado, let’s get started.

What is The Total Net Worth of BTS?

Before revealing the income of each BTS member, let’s first take a look at how much the band is worth overall. According to Business Insider, the net worth of the BTS boy band (as a group) is $3.6 billion.

The sources of income vary for the band because they make money from live tours, sponsored brand deals, solo projects, and additional 68000 shares each (value approx 8 Millions) in the Big Hit Entertainment stock. With such massive income, it’s safe to say that BTS is one of the richest Boy Bands in the entire world.

So, let’s quickly take a look at how much each member of the band makes individually.

As of now, J-Hope makes money from writing & composing songs, live performances, and collaborations. In fact, his collaboration with Becky-G on “Chicken Noodle Soup” in 2019 is one of the most popular collabs in K-pop history.

Net Worth of Suga: $25 Millions

Suga is also famous for writing, composing, and singing some of the most popular songs of BTS. Like the previous two members, Suga also owns a net worth of $20 million with his income scattered across different sources. For instance, Suga has worked with many popular K-pop stars including Lee So-ra, Suran, IU, and MAX. As of now, he has 30 songwriting credits to his name.

Kim Namjoon, aka RM, is the richest member of BTS with a net worth of $20 million. He’s the leader of the band and is responsible for keeping it together, even after too many ups and downs. RM is a songwriter who has also worked with other artists.

In fact, he’s one of the youngest songwriters in South Korea with 130 songwriting credits to his name. Apart from his solo projects and collaborations, RM also makes a massive amount from several brand deals.

Net Worth of Jimin: $20 Millions

Jimin is the vocalist and the lead dancer for BTS. Unlike his bandmates, Jimin doesn’t have any external sources of income. All his earnings come from composing and performing as a member of BTS. However, he still owns a net worth of $19 million. According to some reports it’s also expected that Jimin is working on his solo project that will most likely release in 2021.

Net Worth of Jin: $20 Millions

Like RM, the oldest member of BTS – Jin – is also famous for writing songs. He has a net worth of $20 million. However, he doesn’t make money just from his ‘singing’ career. Several reports have revealed that Jin has a partnership with his brother in a restaurant.

The restaurant is located in Seoul South Korea and is one of the best dining places in the entire country. In addition to this, Jin has also worked on his solo projects and recently released his single track – “Abyss”.

Net Worth of Jeon Jungkook: $19 Millions

Last but not the least, Jungkook also holds a net worth of $20 million. According to reports, Jeon recently bought a $7 million apartment in Seoul, which is one of the most expensive properties for any K-pop star. Like his bandmates, his major sources of income include songwriting, collaborations, and brand endorsements.

V is a multitalented artist and the most popular member of the band. He has a massive fan following across the globe and has also appeared as an actor in the K-drama Hwarang: The Poet Warrior Youth.

And, like his bandmates, he’s been actively releasing his solo projects since 2018. Combining incomes from his singing and acting career, it’s believed that V has an overall net worth of nearly $20 million.

It’s no arguing the fact that BTS is the most popular Boy-band right now. All the members are close to each other and continue to stay strong despite all the rumors. This is probably the major reason why BTS worths billions of dollars. If they continue to stay together, they’ll most likely become the richest boy band in history.

Crypto IRA's: How to Save For Retirement with a Crypto IRA Account

Himalayan Salt Lamps: Know About The Alleged Benefits And Evidence

How to Create the Ultimate Home Entertainment Experience

Author JasonPosted on December 14, 2022December 14, 2022
Most people rely on the “go big or go home” strategy when it comes to their home theatre. Whether you plan on building a...
Read More

Author JasonPosted on August 25, 2021February 10, 2022
Manga comics have a separate fanbase. Many readers enjoy these complex comics that have different types of characters. Back in the day, whenever someone...
Read More

Author JasonPosted on March 29, 2021February 11, 2022
Manga comics have a separate fanbase. Many readers enjoy these complex comics that have different types of characters. Back in the day, whenever someone...
Read More